Let's use battery in safety ways

a. No flames, No sparks
(Hydrogen gas from battery is explosive, it may cause an explosion.)

b. Keep away from children
(Do not let person who not aware of battery usage and its risk {e.g children} to touch battery. Electrolyte may cause blindness and
burns.)

c. Be careful to electrolyte (sulfuric acid)
(If human body come to contacted with electrolyte, it may cause damage if contacted to clothes or any belongings.)

d. Use protective glass when working with battery
(Electrolyte may cause blindness and burns.)

e. Do not use on any other purpose except to start car's engine
(It may cause explosion.)

f. Do not use any metal tools to connect (short) terminal (+) to terminal (-)
(It may cause explosion or fire.) 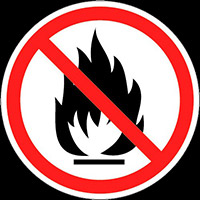 a. When holding battery with hands
b. When carrying by car
c. When taking out from cardboard 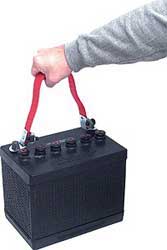 1. How to remove battery

a. Precaution to take when removal (Remember positive terminal)

Before removing battery, switch off lights or any electrical loads and then pull out car key. When replace the old battery with the new one, make sure that when installing new one positive and negative terminal position .The polarity symbol are shown nearby the terminals. Besides, since positive pole of a taper terminal is bigger comparing to the negative pole, it could be distinguished according to the appearance of terminal. If two batteries is being used, replace the one with same size and same history at the same time.

Loosen the nut of connecting wire before removing, then remove terminal cover which covering positive terminal wire at the car side, finally loosen and remove the terminal nut. Remove wire on negative terminal side first to avoid short-circuit.

When loosening the screw of hold-down clamps, remove metallic parts first to prevent short-circuit that may occur if the metal come to contact with terminals. 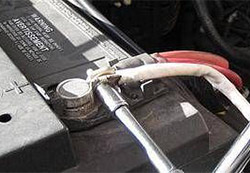 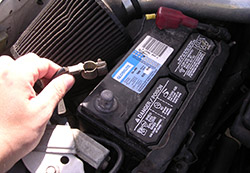 2. How to install battery

-In case terminal cable is corroding according to the split out sulfuric acid, before install a new battery, brush the terminal wire with a wire-brush and sand-paper to remove the corrosion.

-Corrosion on terminal clamps can be removed by warm water or tap water. After dry them coat with anti-corrosion solution at the part that had corrosion. In case the corrosion is severe, replacement is required.

b. Battery check-ups before installation.
(Use fully charged battery)

-Use the fully charged battery to replace the old one. Check the electrolyte level whether it reach the standard or not and make sure its specific gravity is not lower than 1.240. Refill water if need then charge battery before installation.

(Brush off sulfation at terminals)

-If the battery terminal is sulfated, dissolve it with wire-brush or sandpaper before installing a new battery. 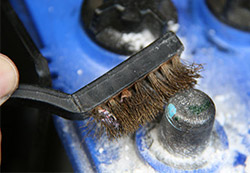 3. Precautions to take when installing

An incorrect installation may cause unexpected accidents e.g battery failure or damage. Let's be cautions when installing  new battery.

a. Make sure there is no foreign objects in battery tray. Be sure the POSITIVE (+) and NEGATIVE (-) are in the right positions.

b. Do not fasten terminals clamps too tight or too loose.
{If the terminals are over tightened, it may have battery case twisted. In the opposite way if they are too loose the vibration during driving may harm battery and accumulate active material omission, which shortens battery life.}

d. Do not reverse the polarity of cable.
{If the polarities are reversed, it can damage electrical parts and battery life will be shortened by diode, a large amount of electricity flows into alternator and wiring harness, which may cause explosion.

e. Do not let the metal tools touch POSITIVE (+) terminal or NEGATIVE (-) terminal.

f. Do not forget fastening terminals.
{Lightly spray over bolt and on the top of terminal with grease or coating vaseline to prevent corrosion. If safety cover is provided, close it as before. b. Wipe battery surface with soaked clothes. Always keep battery dry
- Do not wipe with dry clothes. The static electricity may cause explosion.
- Do not leave vent caps open to avoid water or any dirt.
- Wipe both top and side parts to make electrolyte level easily to be noticed.

c. Closely check wire
- If the damage and corrosion is extensive, replacement is required.
- The connecting part of terminal metallic parts is easily eroded and wore off thus it needs closely care.

d. Take good care of terminal and metallic parts
- Eliminate rust on exposed part of battery terminal and inner part of metallic parts with wire brush or fine texture sandpaper. Tough corrosion on cable terminal can be easily washed off by warm water.

e. Gently use terminal clamps
- Attachment and detachment of terminal clamps make give damage e.g sinking or winkling to the terminal and cover. Apply a small amount of grease on the surface after fastening.

f.  Attach battery tightly
- Do not tighten the bolt when attaching battery.

h. Estimate density
- Charge battery if the specific gravity is below 1.240 (20’C) (MF calcium case). In case specific gravity level is not restore dafter recharging, replacement will be recommended.
- In case the liquid level is too deep to estimate, add more water and charge.

i. Tightly close vent plug
- Be sure to close vent plug to prevent liquid spilling out. If the evacuation of gas generated inside being blocked, internal pressure will increase and it may cause damage to battery case or liquid leakage. 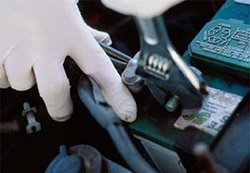 How to use booster cable

If you forget to switch off car lights, or leave a car inactive for a long time the battery will discharge and it will get car cannot be started. The emergency tool commonly used to jump start is called ‘’Booster cable’’ but this method must be conducted in the correct ways. If jumping starting is mistakenly conducted it will lead to accidents, thus sufficient cautions are required when jumping starting. How to connect booster cable

(1)    Make sure engine key of both dead and rescue cars are off
(2)    Connect booster cable as order shown in the picture 1> 2> 3> 4
(3)    After connecting a booster cable, start an engine of rescue car, then raise engine a bit, next start engine of dead car.
(4)    Boost cable removal is conducted in the reversed order with connecting 4> 3> 2> 1
Switch To Desktop Version